Released as a part of Netgear’s Nighthawk series, both the CM1100 and CM1200 come loaded with several innovative features. At the first glance, there is hardly anything to choose between the two but I shall lay bare the basic to more pronounced distinctions in this detailed comparison of the two. On a lighter note, both these modems are often termed timeless classics and expected to stay relevant even a few years from now. 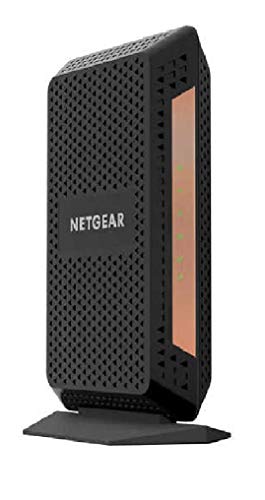 The key differences between Netgear CM1100 and CM1200:

Wired Connectivity: Netgear CM1100 comes equipped with two Ethernet ports as compared to four on the Netgear CM1200. This enhancement allows you to connect several wired devices at once, even without having to purchase a router, at the very instant.

Design: While the design and accents look somewhat similar, courtesy of them being launched and touted as twin devices, the CM1100 looks a tad slimmer and even sports a matte panel for that premium feel.

Speeds: Despite the theoretical speeds being capped at 2Gbps for both the modems, the Netgear CM1200 seems like a better option when I tested the same with a standard internet plan. The download speeds were capped at 600Mbps, as opposed to 680Mbps assumed by the CM1200.

Heat Management: Overheating is hardly an issue with these high-end modems. However, the meshed layout of the Netgear CM1100 makes it a better choice when it comes to keeping heat dissipation constant and the device free of throttling and other heat-specific issues.

Pricing: The CM1100 comes forth as the more affordable of the two by a significant sum of 30 dollars. Considering the specs sheet I feel that the CM1100 exhibits a better cost-to-ownership ratio as despite having two additional ports, the CM1200 still manages to reach a somewhat similar wired throughput.

Similarities Between Netgear CM1100 and CM1200

Comparing and contrasting these top-of-the-line modems feel scant unless you are aware of the nitty-gritties of the same. This is where a discussion concerning aesthetics and structural insights becomes all the more important.

For starters, if you have been using the Netgear CM1100, you might have noticed the matte casing and the additional vents in play. Also, at 1-pound and 8.80 x 3.4 x 5.9 inches, the presence of this modem is quite pleasing to the eye and well within the aesthetic standards.

While the Netgear CM1200 is heavier of the two at 1.22 pounds. The dimensions, set at 6.1 x 3.4 x 10.3 inches do add to the bulk but you can still easily carry it around the house. Plus, the plastic-clad chassis is adequately durable and ensures decent levels of heat dissipation.

As far as the port setup is concerned, the CM1200 comes with 4 Gig LAN and one solitary WAN port as opposed to two GigE and one WAN slot on the CM1100. Therefore, if you have a larger number of bandwidth-intensive devices at home, the former lets you reach out to each one, via wired connections.

Not to mention the inclusion of Quality of Service as a standard feature, which allows both these modems to manage and modulate speeds as per the task at hand. ISP compatibility is hardly an issue, with both the Netgear modems working rather swimmingly with the likes of Comcast Xfinity, Cox, Spectrum, and more.

Who should buy the Netgear CM1100?

The Netgear CM1100 shall be considered if you want to:

Who should buy the Netgear CM1200?

As per the mentioned specifications and prowess, the CM1200 seems like a good fit for:

Despite putting up quite an effort to compare these two powerful modems, there happens to be a lot of resemblances when inherent features and traits are concerned. I took time to test each with different ISP internet plans and the deflections in speeds, throughput, heating, and even aesthetics are barely recognizable to an untrained eye.

While the comparable DOCSIS 3.1 support, 32×8 DOCSIS 3.0 channels, QoS, interactive web interface, and other features add to the buyer’s confusion, I could read between the lines and eventually came up with a single recommendation. As per speeds, aesthetics, port utility, and even cost-to-ownership ratio, the Netgear CM1100 inches past the CM1200 by a small yet significant margin.