Have you ever compared superheroes? Well, it’s time you invest in one such comparison as I bring you a detailed comparative review of two high-end gateway devices, namely Arris Surfboard G34 and Arris Surfboard G36. Touted as the next-gen Arris modem-router combos, choosing between these networking devices can be a tad difficult. However, I wish to make things easier by juxtaposing them across several metrics. 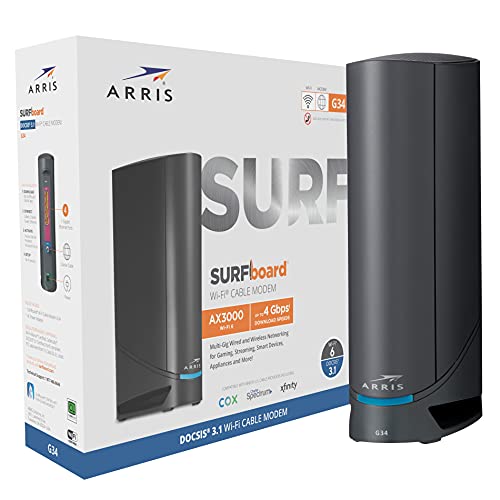 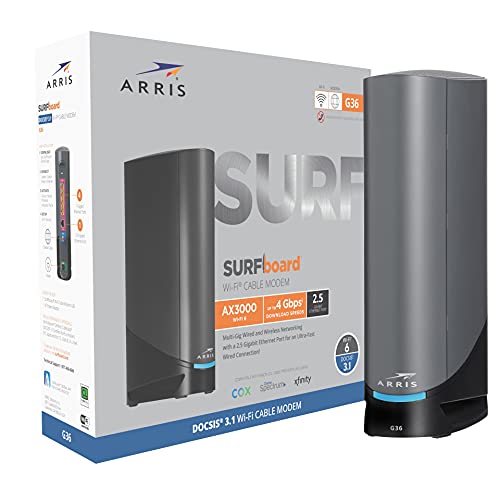 The key differences between Arris G34 and Arris G36:

Wired Throughput: As gateway devices, both these networking superheroes allow you to establish high-throughput wired connections. However, if you have a multi-Gig internet plan at your disposal, the Arris G36 seems like a better bet for connecting to bandwidth-intensive devices, courtesy of the 2.5G port.

Ports: Arris G36 has an additional Ethernet port on offer. Even if you rely on a comparable internet plan for either of these gateway devices, the G36 comes across as a better bet as it lets you connect directly to an additional smart, bandwidth-hungry device.

Cost: Well, the Arris G34 is a clear winner when affordability is concerned. And even though the G36 justifies its price with an additional port, it doesn’t always make sense to a standard user who only uses a Gig internet or an 800Mbps internet plan.

Internet Plans: If you are looking for a combo that can handle multi-gig speeds with ease, preferably internet plans in the range of 1.2Gbps, the Arris G36 seems like a better bet.

Now that you have a fair idea regarding the capabilities of these modems, it is only appropriate to know them a bit better — more like up close and personal. So, let me begin comparing Arris G34 and G36 in several aspects to help you make a better decision.

As far as the aesthetic setup is concerned, both these networking devices look identical. Firstly, they both feature glossy front panels with different shades of black in play.

Each device assumes a dimension of 10 x 3 x 8 inches and a well-ventilated structure, primarily made of hardened plastic. Finally, both these modem-router combos weigh close to 3.10 pounds.

The port arrangement tries to be uniform, with both G34 and G36 cable modem and WiFi router combos offering 4 Gig-E ports, right out of the box. But then, G36 takes the lead by bringing a multi-Gig, 2.5G Ethernet port into the mix, especially to accommodate ISP plans higher than 1Gbps.

The coaxial cable and reset button are placed at similar positions, further validating the design-based similarity between the gateways.

This is where things start diverging for both these modem-router combos. As far as wired speeds are concerned, you can get max data throughput of 4Gbps for the G34 and 6.5Gbps for the G36, provided you are interested in standard LAN speeds.

But then, if you have a gig internet plan to work with, something that I tested the gateways against, you can easily get speeds of up to 950Mbps, both wired and wireless.

Compatibility-wise, these networking devices work perfectly with several ISPs, including Comcast Xfinity, Cox, Spectrum, RCN, Sparklight, and WOW Internet. And it goes without saying that you should opt for the Gig and multi-Gig internet plans to justify the pricing.

Who should buy the Arris G34?

You might consider purchasing the Arris G34 modem and router combo if you plan on using it for:

Who should buy the Arris G36?

The Arris G36 modem and router combo makes sense if your requirements include:

Honestly speaking, there isn’t much to choose between the Arris G34 and Arris G36. Both come across as future-proof modem-router combos that can easily accommodate internet plans well beyond the 2Gbps mark, if and when available.

As cable gateways, they have everything that can be relevant to your diverse streaming, downloading, and gaming needs. However, I did miss the link aggregation support as it could have allowed both these modems to reach multi-Gig speeds, even in 2022.

But then, even with Link aggregation support, these come across high-end modems with eye-catching aesthetics and a diverse range of ethernet ports, ensuring thorough connectivity throughout.